Eureka’s newest original music is some of its best yet: Chucky Waggs releases debut record 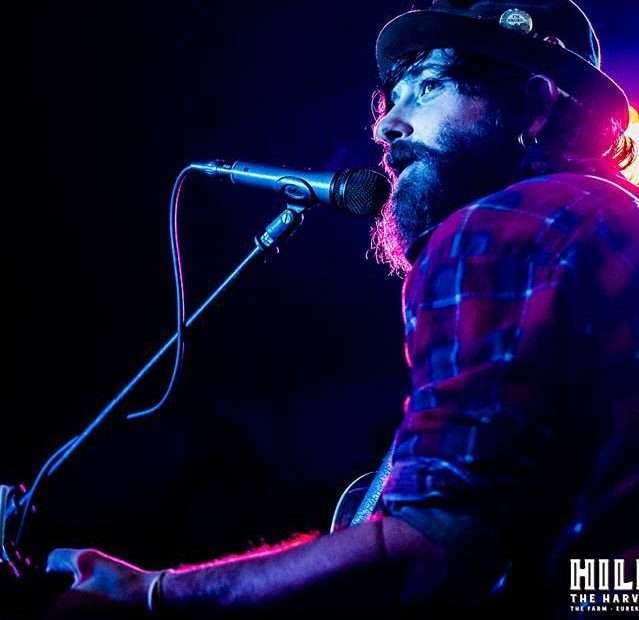 Chucky Waggs features upbeat acoustic guitar music with vocals, in the style of traditional Americana, classic country, folk and blues, with a little bit of old-punk flavor thrown in for good measure — though the “punk” mostly comes through in the lyrical form, not the musical stylings.

Wagner explains: “The melody and chords and song structure are more rooted in old-time, traditional music, Americana, folk and blues stuff, while the lyrics are a bit more modern — I still listen to a lot of the old punk bands I grew up with,” he says. “One of my favorite songwriters is Shane MacGowan from The Pogues, because he has a way of writing songs that could be 100 years old or they could be current. I’m into that.”

And his top five favorite musical acts of all time? Waits, The Pogues, Young, The Ramones and Bob Wills. Nice!

“I don’t know that I try to write like those guys, but I’m sure it comes through inadvertently since I have been listening to all of them since I first began listening to music as a child,” Wagner said.

The guitarist for Mountain Sprout has been a resident of Eureka Springs since joining that band seven years ago, when the group moved here from New Orleans, he said. He grew up in Southern Illinois.

Chucky Waggs plays mostly originals during his sets, but a few covers are included such as songs by Waits, Daneal, old folk, blues and bluegrass standards, and even a track or two by the group he’s opening for Friday, Carbondale, Illinois-based Whistle Pigs. “A lot of the songs I cover are by bands that maybe people in the crowd haven’t heard, and I try to tell them where they come from so they’ll hopefully go check them out.”

Still wondering if you’ll dig Chucky Waggs? This might help: If you like anything about Bob Dylan’s music or Arlo Guthrie’s songwriting, or if you enjoy an energetic acoustic set that somehow never drags and features strong but beautiful male vocals and some gifted guitar-picking, you will love Chucky Waggs.

His new album is a pleasure to listen to. Track 2, “No One’s Fault But Mine,” has a Dylanesque sound to the music, likely aided by the harmonica heavy over the guitar. The lyrics are humorous. “I’m apologizing all the time” we can likely all relate to, but apologizing for what he is apologizing for, not so much. LOL!

Track 3, “The Bottum,” makes you feel like you are hanging out with some hobos having a jam session on guitar and banjo next to the train they’re getting ready to jump, in the middle of the Depression. Yet somehow it’s fun and upbeat.

The vocals on Track 4, “Pure Good Luck,” are stellar, pure in tone and probably the best recording quality on the record. The song features just Wagner singing and playing acoustic guitar, and a backup guitar as well, but it sounds almost like a whole band — a very full sound.

The fifth track, like the first song on the record, features effects on the vocals — possibly through a special microphone or sound filter? — highlights his songwriting chops. Wait, are we sure this is his *first* album ever? (He makes it all sound pretty easy – like he’s been doing this his whole life.)

Track 6, “Dancin Shoes,” is another favorite of mine on the album, with sweet story-song lyrics and a great up-tempo acoustic rhythm.

The lyrics on track 7, “Madam Rose’s” are pretty ingenius, and the song is upbeat and lots of fun. Next, “Pretty Bones” features some nice finger-picking that invokes a feeling of a peaceful, sunny, country drive on a warm spring day. Good driving music. And the tambourine and banjo are great additions to the sound.

Originally published in the Lovely County Citizen on January 31, 2013.